The 2020 joint annual meeting of the Society for Classical Studies and the Archaeological Institute of America took place from January 2-5 in Washington, D.C. Several members of the Cornell Department of Classics participated in the event, which is one of the largest annual gatherings of classicists in North America.

Associate Professor Courtney Roby, who recently received the Stephen H. Weiss Award for excellence in undergraduate teaching at Cornell (see article here), was honored with another teaching award at the meeting. Roby was one of three recipients of the 2019 SCS Award for Excellence in Teaching of the Classics at the College Level. The SCS celebrated Roby’s “innovative pedagogy” and ability to “draw the ancient and modern world together, making the Humanities relevant across academic disciplines,” as well as “the consummate skill and deep commitment that Professor Roby brings to her classroom and to every student within it.”

Professor Roby also organized a panel for the Society for Ancient Medicine and Pharmacy, of which she is president. The topic of the panel was “Ordering Information in Greco-Roman Medicine,” and it included five papers by scholars from the University of Cambridge, Union College, Radboud University, Harvard University, and the University of Iowa. Roby says that it was one of her favorites so far. She commented, “The panel had two papers on didactic poetry on pharmacology, one on a very interesting papyrus that gives us some new information about how ‘Empiricist’ physicians presented themselves, one on how ‘Methodist’ physicians might have dealt with large numbers of patients they couldn’t give the typical large amounts of attention to, and one on the role timekeeping devices and mathematical models for the periodicity of fevers played in diagnosis. The papers got a lot of good discussion, and we had to be kicked out of the room by the next panel - always a good sign.”

Several Cornell graduate students also attended SCS, and a few presented their scholarship. Andrew Merritt, a Classical Linguistics PhD student, gave a paper at a panel organized by the Society for the Study of the Greek and Latin Languages and Linguistics entitled “Ἔρυκε Καλυψώ: An Etymologizing Pair?” which, Merritt said, “largely explored the etymology of ἐρύκω ('detain') and its relationship with ἔρυμαι ('protect').” Peter Osorio, a PhD candidate in Classical Philosophy, presented part of his dissertation with a paper entitled “Brutus’ Philosophical Position in On Virtue” during a panel on ancient ethics. Reigniting studies on De virtute, a “philosophical epistle-treatise dedicated to Cicero and in response to which he wrote his ethical dialogues,” which has “stalled” in recent decades, Osorio’s work focuses on evidence from Seneca and Cicero’s treatises in an effort to understand Brutus’ philosophy.

Mary Danisi, a Classical Philology and Literature PhD student, presented her paper “Kneel before the Grindstone: Cult Practice in the Sanctuary of Demeter and Kore at Acrocorinth,” which reevaluates the function of the site’s dining rooms and cult practices, at an AIA panel on current research in Athens and Corinth. Her research on the topic began with a term paper for the seminar “Corinth: An Ancient Metropolis” co-taught by Ben Anderson and Annetta Alexandridis in the Spring of 2018. Danisi said, “I will always be very grateful for that course, especially our invaluable expedition to the archaeological site!”

Stephen Sansom, a postdoctoral associate in the Classics department, also attended the conference. He reflected on talks he heard on Archaic poetry, stylometry, and the masculine construction of genius in textual criticism, and added, “For me, though, the most valuable part of the SCS/AIA is catching up with old friends and meeting new people, checking in on developments in their work and lives.” Osorio also said, “It is always a great opportunity to catch up with friends in the discipline from other institutions as well as with friends of Cornell.” 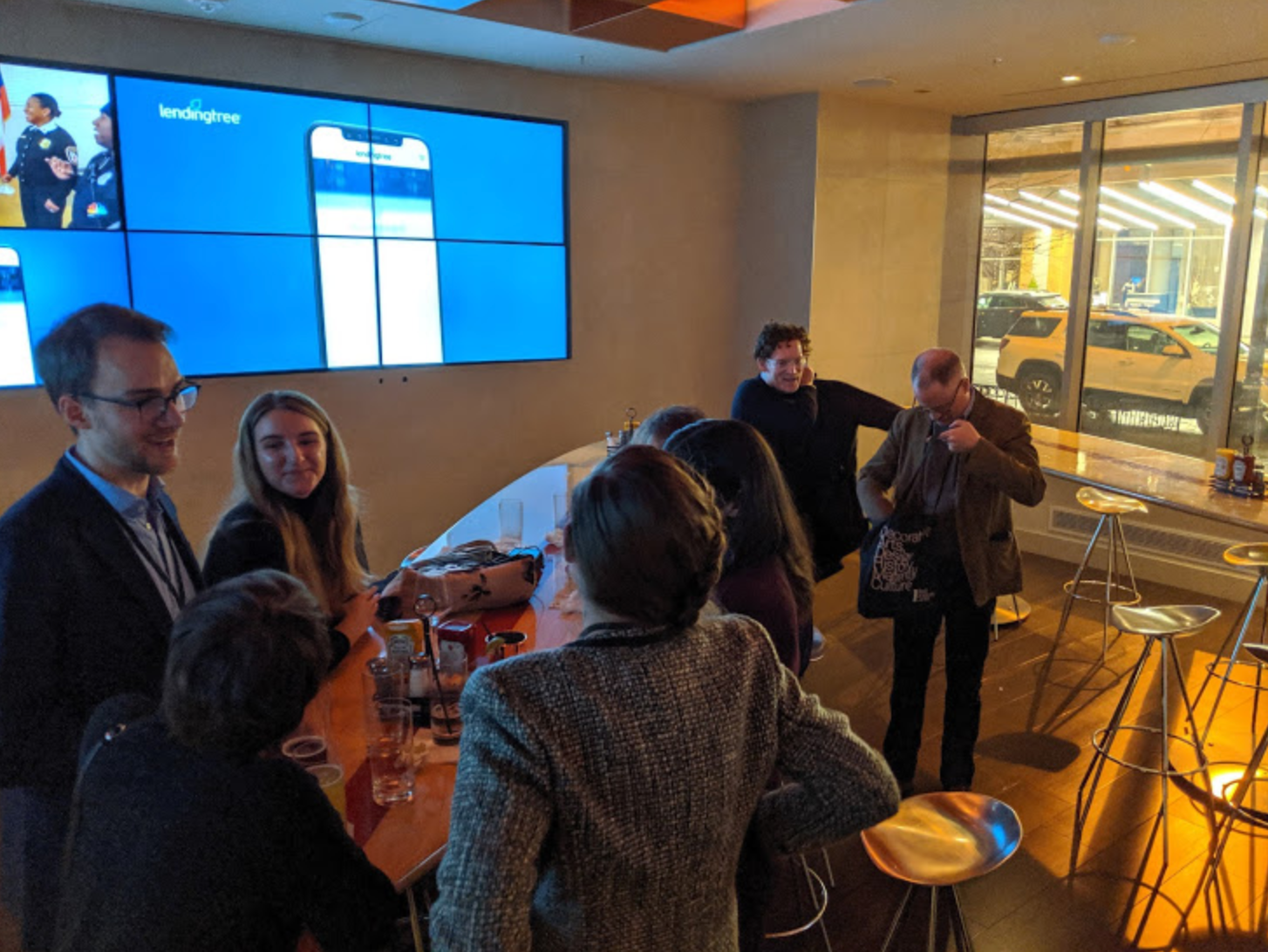