Erich S. Gruen, University of California, Berkeley, delivered seven Townsend Lectures in the Spring of 1991 on "Culture and National Identity in Mid-Republican Rome." 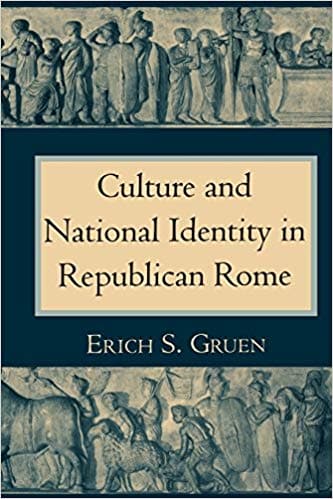 Culture and National Identity in Republican Rome is a part of the Townsend Lectures Series of Cornell Studies in Classical Philology.