Julia E. Annas, Regents Professor at the University of Arizona, delivered the Townsend Lectures in the Spring of 1997 on "Platonic Ethics, Old and New."

The titles and dates of her seven lectures were:

February 11 - "Many Voices:  Dialogue and Development in Plato"

February 25 - "Becoming like God:  Ethics, Human Nature and the Divine"

March 4 - "The Inner City:  Ethics Without Politics in the Republic"

March 11 - "What Use Is the Form of the Good?  Ethics and Metaphysics in Plato"

April 1 - "Elemental Pleasures:  Enjoyment and the Good in Plato"

Annas lectures looked at how ancient interpretations of Plato can offer new perspectives on his works and can illuminate alternatives to the standard ways of reading them. Her lectures focused on Plato's ethics and the contrasts between ancient and modern understandings of his ethical thought, especially with regard to The Republic and its place in Plato's thinking. 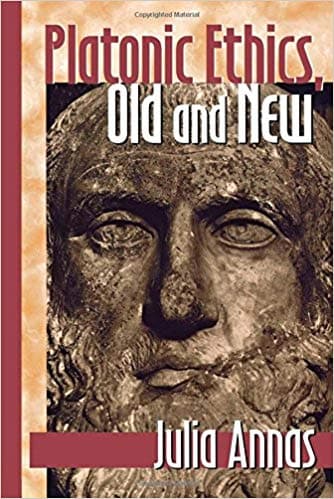 Platonic Ethics, Old and New is a part of the Townsend Lectures Series of Cornell Studies in Classical Philology.