In the spirit of the ancient bards, Joe Goodkin will perform an original musical adaptation of Homer’s Odyssey for solo acoustic guitar and voice on Oct. 24 in Klarman Hall, KG70, at 5 pm. The performance is sponsored by the Department of Classics.

Part lecture, part musical performance, and part interactive discussion, the event draws on Goodkin’s bachelor's degree in classics from the University of Wisconsin - Madison as well as his years of writing and performing original rock and acoustic music. The centerpiece of Goodkin's program is a 30 minute continuous performance of 24 original songs with lyrics inspired by Odysseus' famous exploits.

“Homer’s Odyssey is the ultimate immortal classic. It’s no exaggeration to call it the greatest story ever told: virtually every novel, play, and movie in Western literature owes something to it,” says Michael Fontaine, professor of classics. “And now, like a man out of time, comes Joe Goodkin, a modern-day bard of classical Athens. As he strums and sings his guitar, he’s going to help us understand all the drama, the action, and the adventure, and in a totally contemporary way.”

Goodkin has been performing his original interpretation of The Odyssey for high school and college audiences since 2002. The show has received multiple American Society of Composers, Authors, and Publishers (ASCAP) Awards: in 2003, 2004, and 2012.

The performance is co-sponsored by the College of Arts and Sciences and the Departments of Near Eastern Studies and Performing & Media Arts. 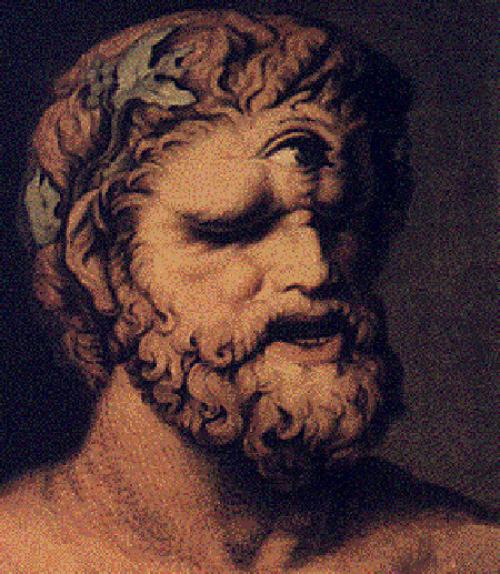