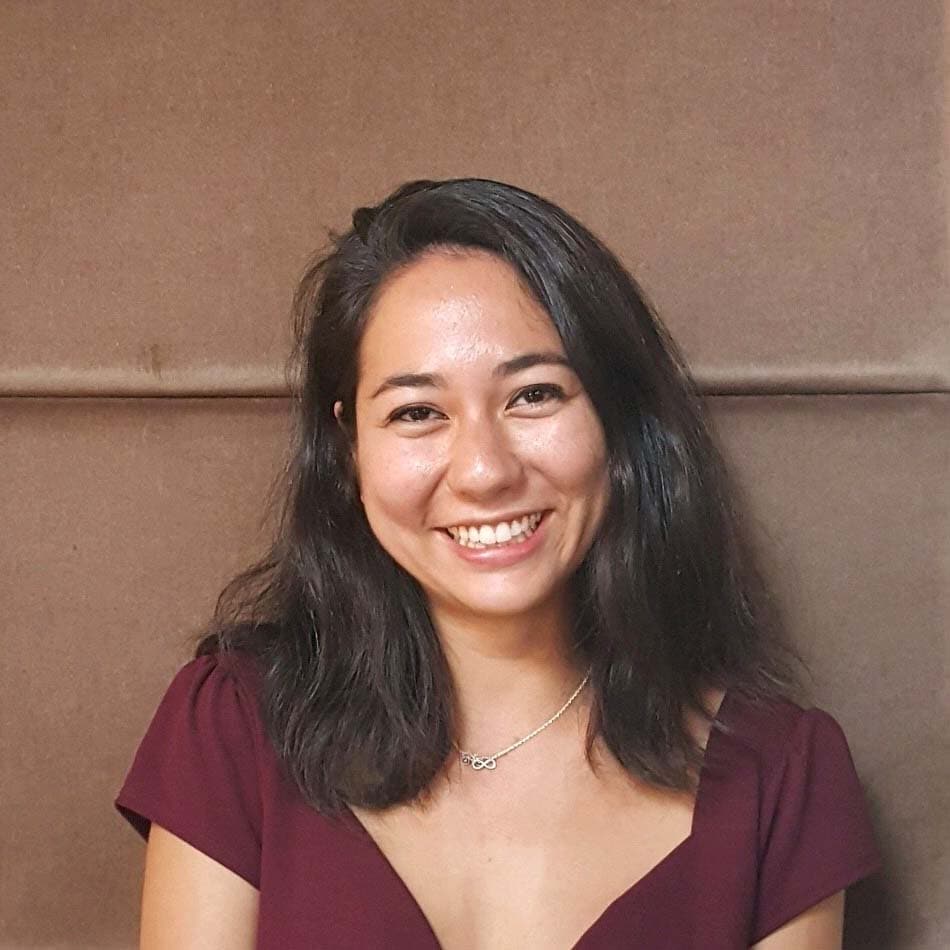 Hana Aghababian is a PhD student in Classics concentrating in the Greek and Latin Languages and Linguistics track. After receiving her BA in Classics at Gettysburg College, she was granted a Fulbright Teaching Assistantship, during which she taught English and Japanese to Slavonic University students in Yerevan, Armenia. She returned to the States in 2017 to pursue an MA in Classical Languages at the University of Georgia, where she completed her thesis entitled “Translating the Gospel of Matthew, with a Case Study of Latin and Armenian Deixis”. Her current research interests include Indo-European phonology and morphology, translation, and Classical Armenian. 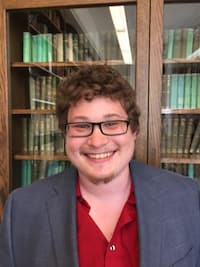 Colin earned his BA from Florida State University in Classics summa cum laude, concentrating in the Latin and Greek languages (2016).  His honors thesis, “Uncovering Pagan Identity in the Late Roman Empire,” dealt with the creation of “pagan” identity in both the Roman West and East through the lens of labeling theory.  As he begins his Ph.D. work in Ancient History, he hopes to investigate the social implications of philosophy and theology on the lower classes in the Late Roman world, by a close reading of Christian sermons in comparison to the relevant philosophical texts.  He is also interested in the reception of the Classical World throughout the Western Tradition. 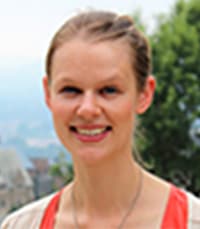 Jennifer Carrington graduated with a BA (Hons) in Classics from the University of Queensland, Australia in 2009 with an Honours thesis on the sanctuaries and Greek material engagement at Naukratis in Egypt. She began the PhD program in Classical Archaeology at Cornell in 2011 and is researching the introduction and imitation of new ceramic tableware and cookware in Egypt, Cyprus, Syria, and the Levant in the Hellenistic period. Her research interests also encompass ancient trade, social network theory, materiality, and museology. 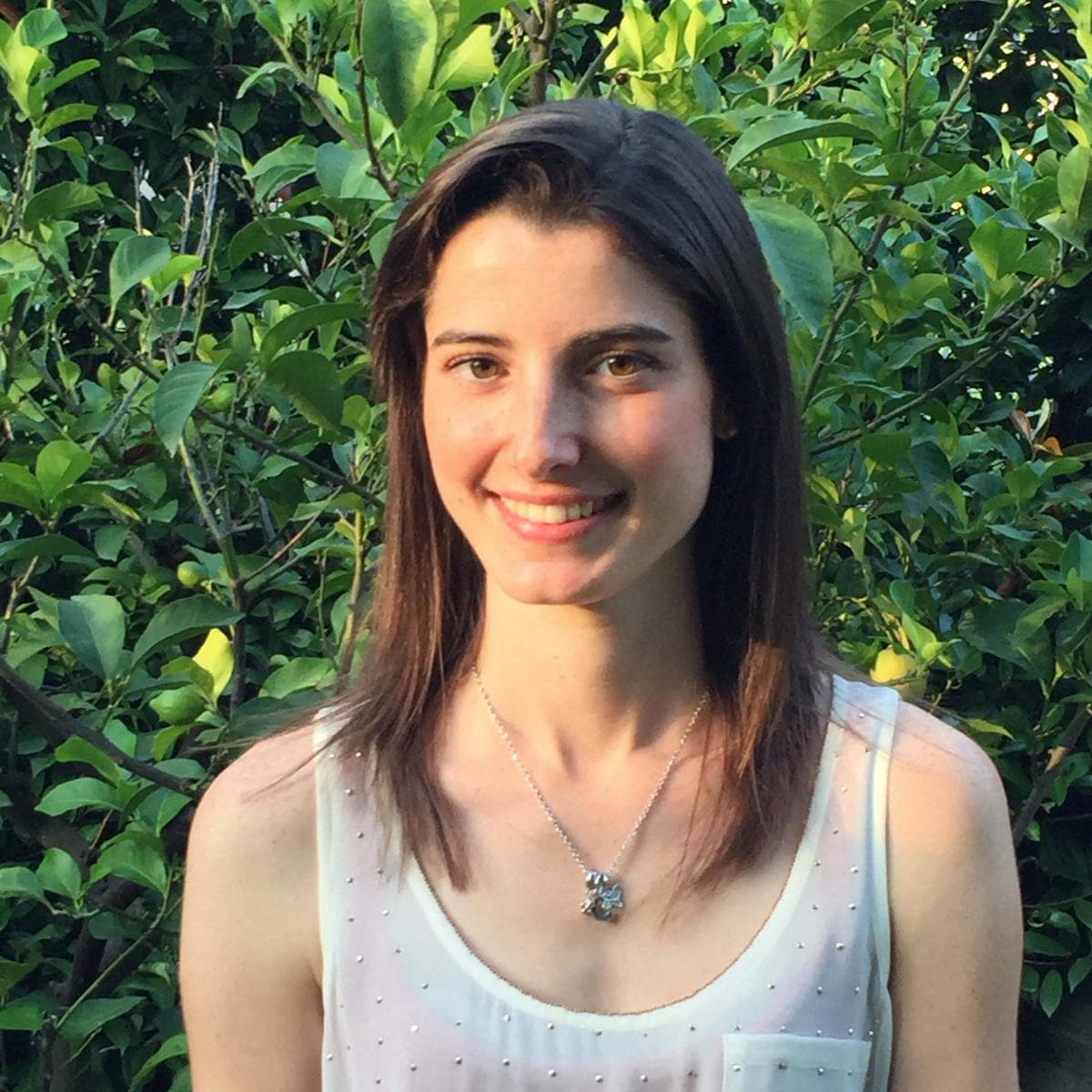 Claire Challancin received her BA summa cum laude with a double major in Classical Languages and Anthropology with a concentration in Archaeology from Saint Mary’s College of California in 2019. She is in her first year of the PhD program on the Classical Archaeology track and she hopes to focus her research on power relations and hegemony during the transition between the Hellenistic period in Sicily and the Roman colonization of the island. She is also interested in funerary archaeology, the juxtaposition of written records with the archaeological record, ceramics, and gender relations in the ancient world. Claire has conducted archaeological fieldwork in Tuscany at the Santa Marta site with the University of Siena, and in Sicily at the Temple of Apollo at Halaesa with the University of Messina and Oxford University. 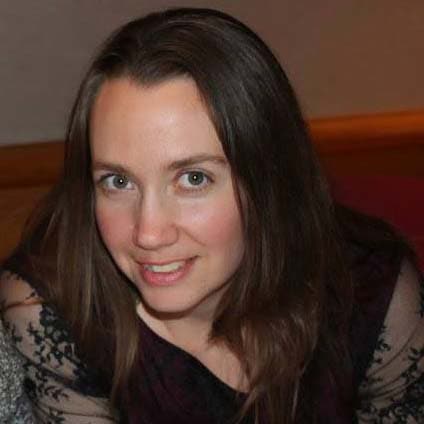 Mary is a Ph.D. student in the Classics Department. She studies the art and archaeology of ancient Greece, with the intent of exploring what material culture can reveal about religious practices in antiquity. Her current project examines constructions and visualizations of the divine pantheon, particularly as expressed in the sacred architecture and dedicatory offerings of Greek sanctuaries. To supplement her research on ancient polytheism, Mary also reflects upon the representations of gods, rituals, and cult objects provided in literary accounts, especially those treated by archaic and classical poets. She enjoys thinking across media: theories of representation, aesthetics, ekphrasis, and performance have long been integral to her work. She has interned at several museums, including The Metropolitan Museum of Art, and has conducted archaeological fieldwork in Greece for The Onchestos Excavation Project. Mary received her B.A. in Classics (Greek and Latin) summa cum laude from Barnard College of Columbia University in 2017, and is a member of Phi Beta Kappa. 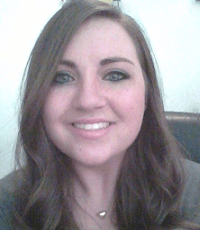 Samantha received her B.A. from the University of New Mexico in 2013 majoring in Classical Studies. She received her M.A. in Comparative Literature with a Classics concentration in 2016 also from the University of New Mexico. Her Master’s thesis, passed with distinction, explored significant changes to the paradigmatic structure of certain comedic stock characters in Terence’s Eunuchus. She is a third year at Cornell in the Classics Ph.D. program on the Philology track and remains interested in various aspects of Greek and Roman comedy, Roman social and political history, as well as Archaic Latin. 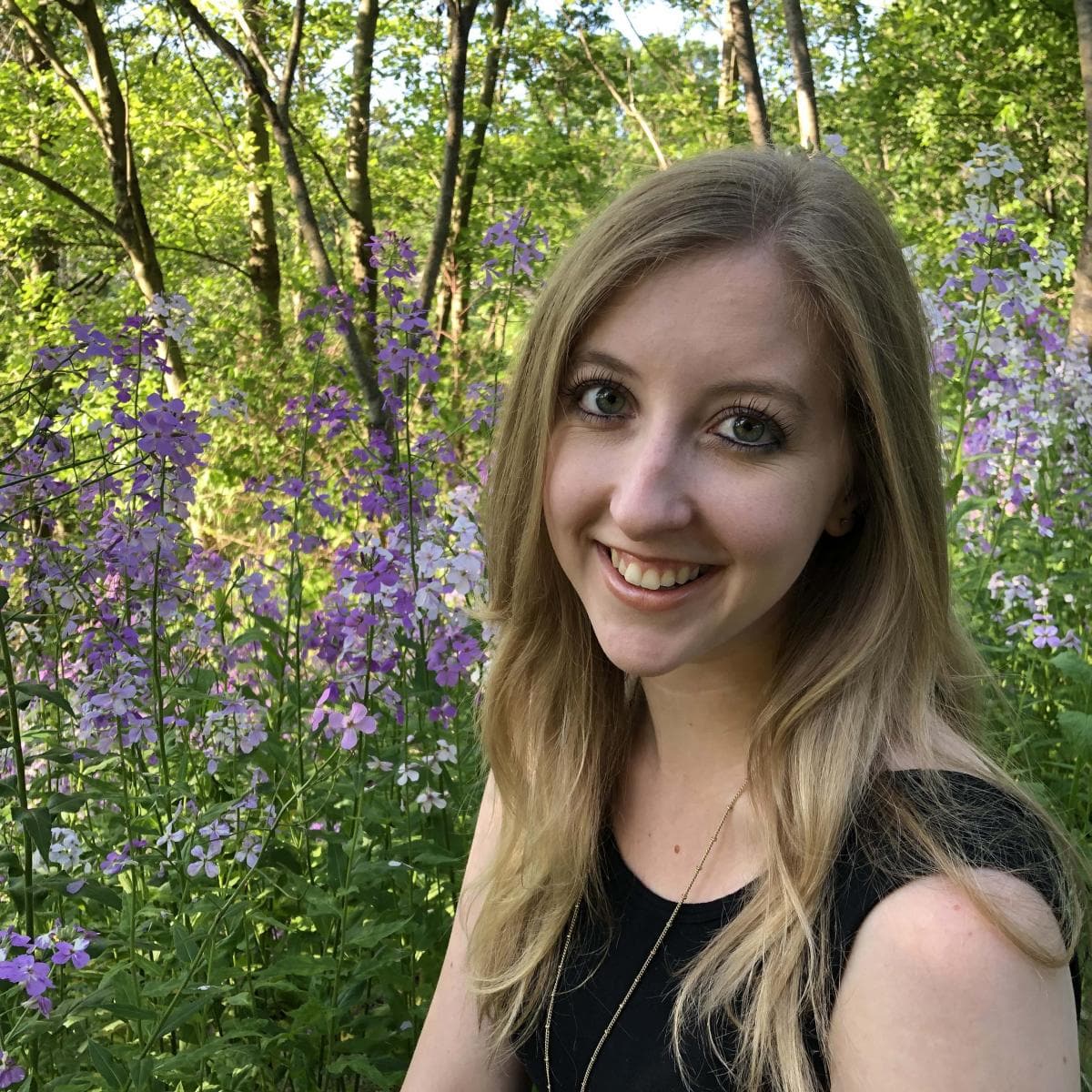 Sarah received her B.A. in History summa cum laude from the Appalachian State University Honors College in 2017 and her M.A. in Classical Languages from the University of Georgia in 2019. Her Master's thesis conducted a study of the terms corpus, caro, spiritus, and anima in the works of Tertullian and analyzed their significance for understanding Tertullian's eucharistic theology. Sarah began the Classics Ph.D. program at Cornell in 2019. She plans to continue her work on Christian sacraments and the language used by early Christian authors to discuss their practices and beliefs. Other research interests include literature in Roman North Africa and the interaction of Roman religion with other ancient religious traditions.

Kathleen received her BA in Classical Archaeology from Hampshire College in 2012 and completed the post-baccalaureate program in Classics at the University of Pennsylvania in 2015. She is currently in her third year on the archaeology track and focusing on labor, technology, and networks of exchange in the Hellenistic and Roman Mediterranean. She has excavated in Greece, Israel, and Italy. Other interests include representations of capital and labor in text and image, and histories of archaeological practice. 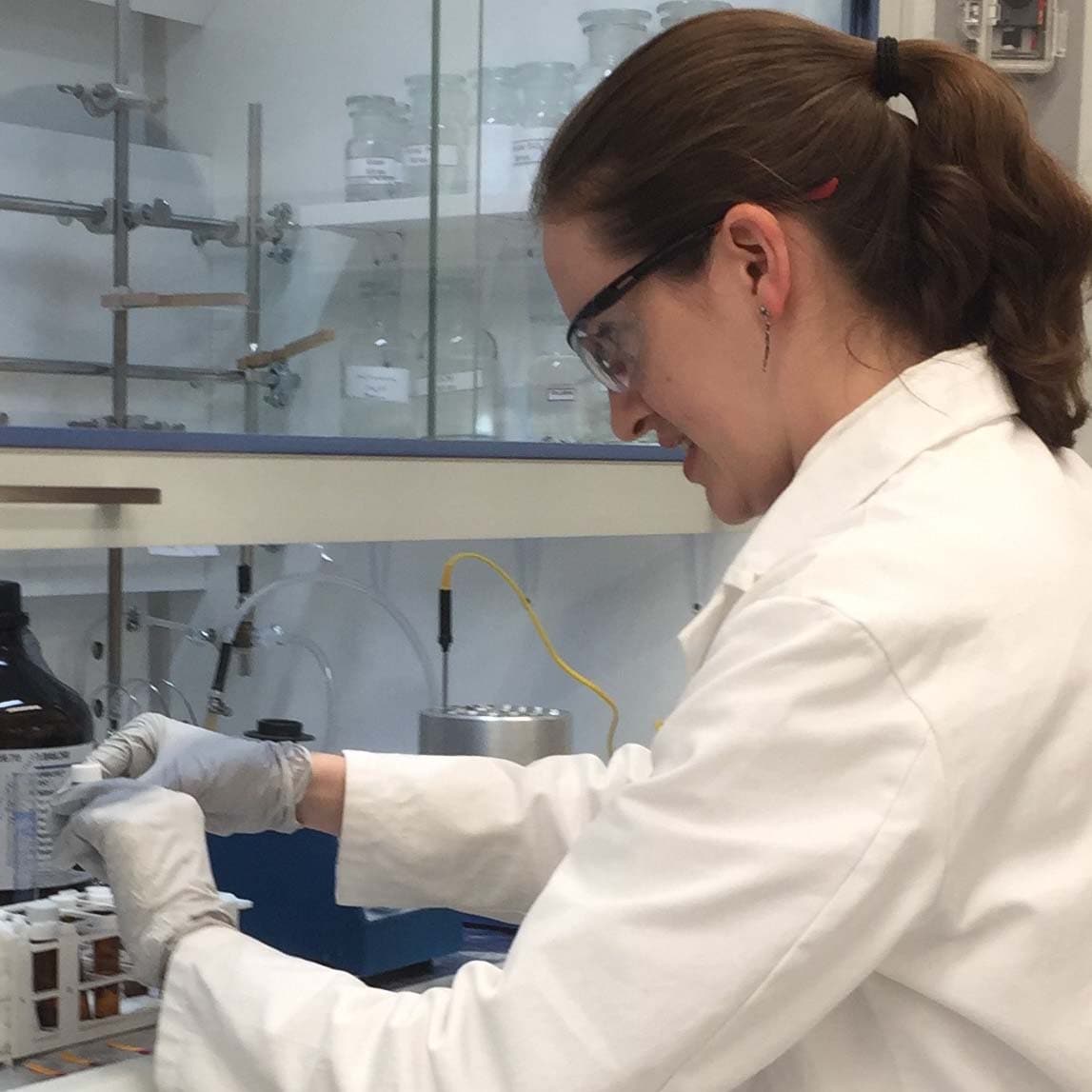 Rebecca received her B.A. in Classics and Chemistry from Smith College in 2015, and an M.Sc. in Archaeological Science from the University of Oxford in 2016. She began the PhD program in 2016 in Classical Archaeology. Her research uses organic residue analysis of traces of food and other organic products preserved in ancient pottery to study foodways in Cyprus from the Late Bronze Age through the Roman period. She is interested in foodways, prestige goods and the economy, the ancient environment, and daily life in the ancient Eastern Mediterranean. 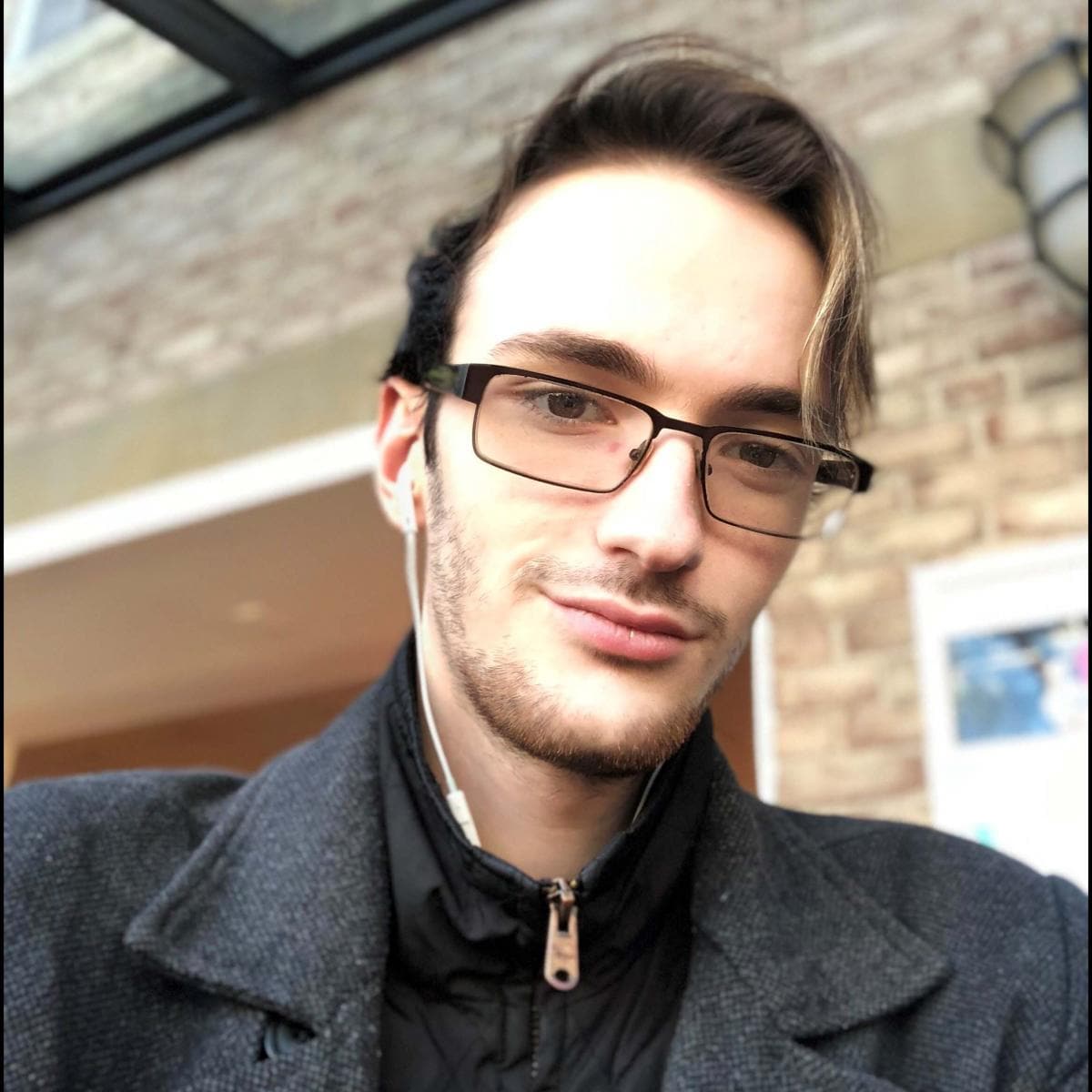 Isaac Hoffman graduated from Hofstra University with a B.A. in Latin and Classics, with a concentration in Classical Languages and Literature, in 2019. His Honors Thesis, “The Power of the Child-Bearer in Aeschylus’ Agamemnon,” focused on a cycle of misogynistic violence and the justifications for that violence in Hesiod and Aeschylus and received the Library Research Award. He is a first year PhD student on the Philology track and is interested in how oppressors justify and rationalize oppression to themselves across multiple modes of oppression including sexism, classism, imperialism, and slavery. He also enjoys spoken Latin and Roman pedagogy. 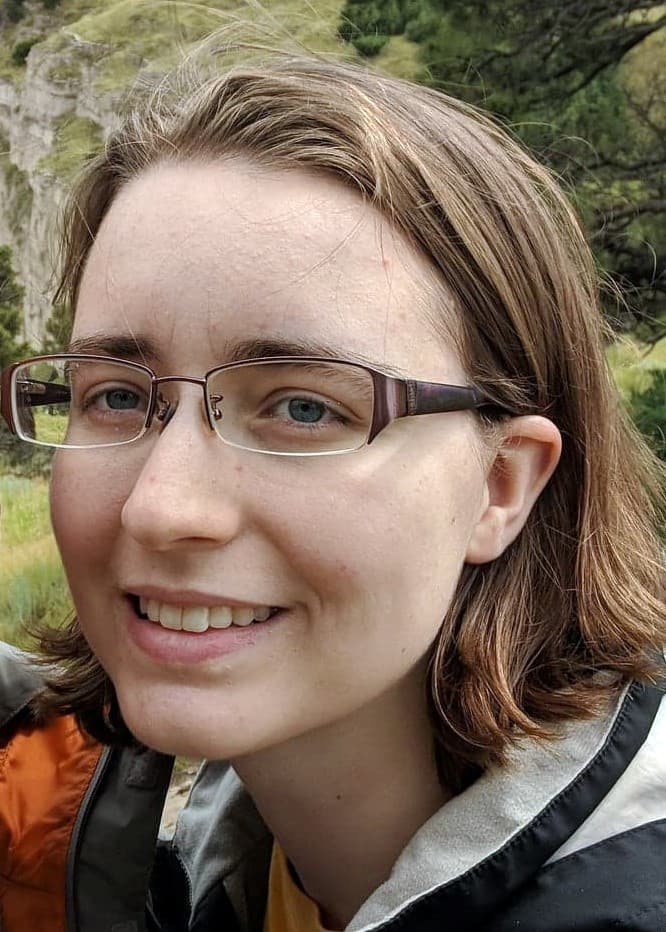 In 2018, Charlotte joined the Cornell Classics Department, where she is a PhD student in the Philology track. She earned her BA (2016) and MA (2018) in Classics from the University of Illinois at Urbana-Champaign. Charlotte works on ecological literature in Greek and Latin, primarily literary depictions of water, voyages, animals, and hybrids. Charlotte is also interested in spoken/active Latin and inclusive Latin pedagogy. Previous research and presentations have focused on Hanno’s Periplus, Seneca’s Medea, the Odyssey, and reception in Science Fiction. Charlotte serves as a coorganiser of the Eco-Classical Caucus and as a site coordinator of the 2020 Biduum Cornellianum. She also looks forward to continuing the new tradition of Latin plays at Cornell by helping produce Seneca’s Medea. 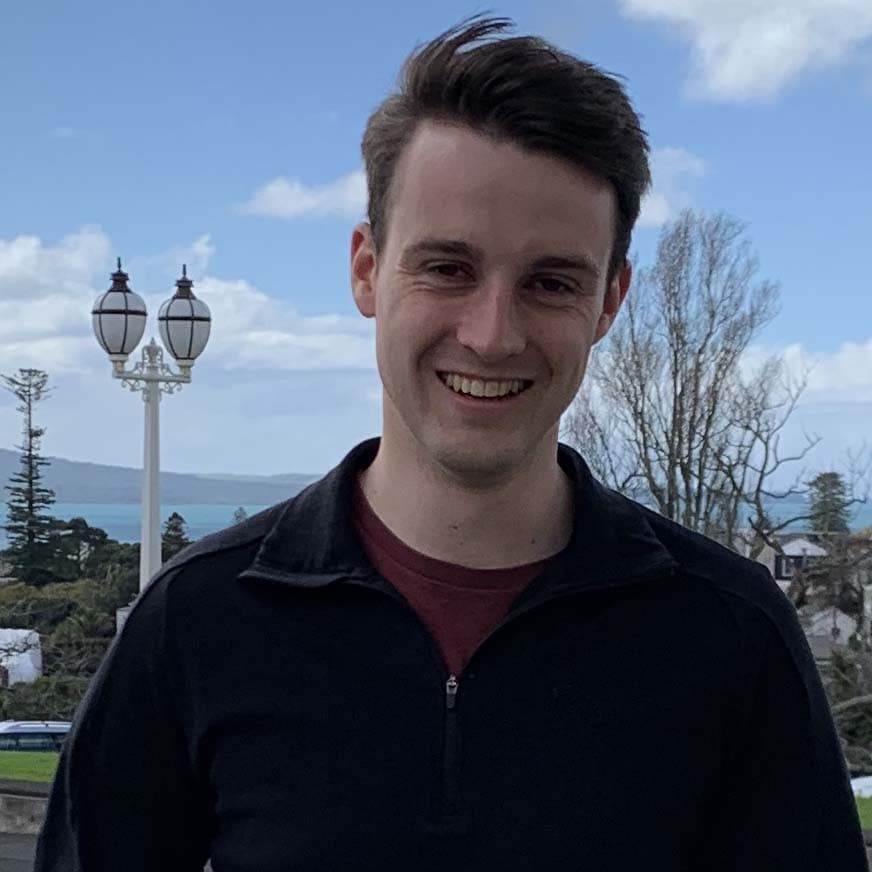 Liam is a first year PhD student in Classics concentrating in Classical Archaeology. He received his BA (Hons) in Anthropology from the University of Auckland in 2014 and his MSc in Archaeological Science from the University of Oxford in 2016. He has worked in CRM archaeology in New Zealand and at the Auckland Museum. His research at Cornell will focus on dendrochronology and the radiocarbon calibration process. His other research interests include palaeoenvironmental reconstruction, human-environment interaction, scientific approaches to the archaeological record and Roman social and cultural history. 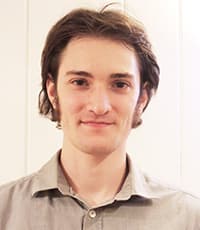 Andrew Merritt received his B.A. in Classics from the University of Virginia in 2013 and in 2015 his M.Phil. from Cambridge University, where his research concerned the morphological prehistory of the Greek infinitival system. In 2016 he joined the Cornell Classics Department, entering the Ph.D. program with concentration in Greek and Latin Linguistics. His interests include Comparative Philology, diachronic morphosyntax, and the development of nominal forms of the Greek and Latin verbal system. 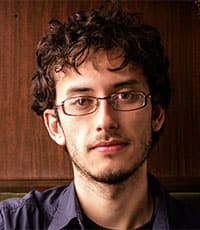 Peter joined the ancient philosophy program in 2014, receiving his BA in Classical Studies and Economics from Dartmouth College in 2012 and completing Penn's post-baccalaureate program in 2014. He is writing a dissertation on skeptical Academic approaches to authority, teaching, and interpretation in Cicero's dialogues. His publications include work on Ciceronian reception, Virgil, and Protagoras, and his research interests include Hellenistic and Roman philosophy, ancient hermeneutics, didactic poetry, and reception studies. 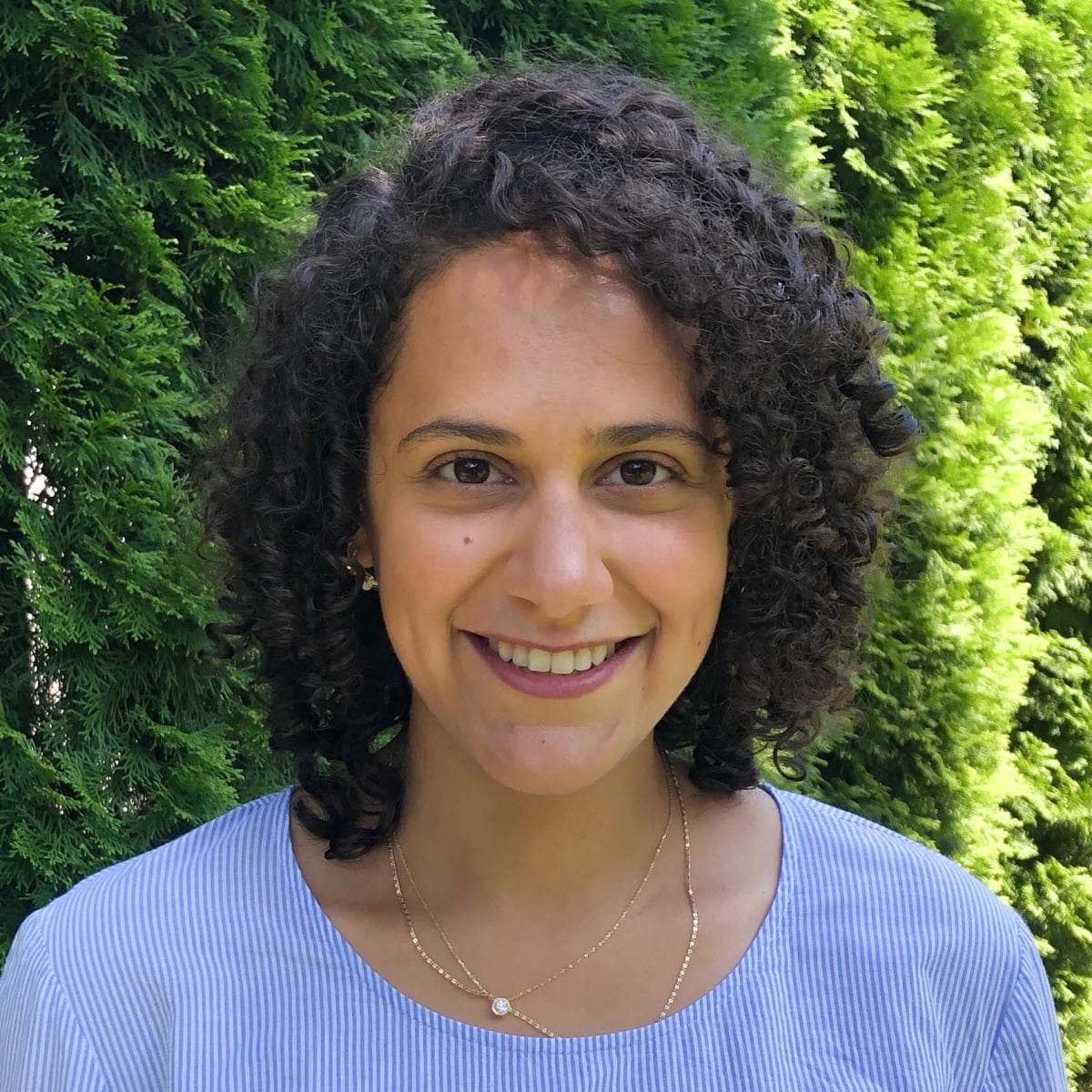 Ruth received her B.A. in Archaeology and Writing from Johns Hopkins University in 2016, and her M.A. in Ancient Greek and Roman Studies from Brandeis University in 2018. In her Master’s thesis, she investigates the ‘Scythian’ composite bow as a metonym for the larger cultural metaphors that mobile pastoralists of the steppe represented for the Ancient Greeks. She has excavated in Spain, Israel, and Mongolia, and is interested in the interactions between the cultures, languages, and material remains of Eurasian mobile pastoralists and those of their sedentary neighbors in the Mediterranean and the Near-East. She joined the Classical Archaeology program in 2019. 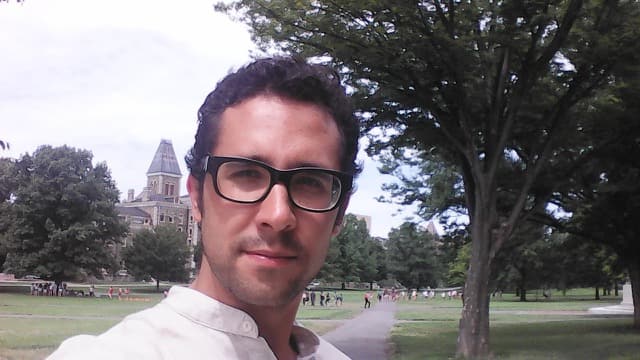 Matthieu joined the Cornell Classics Department in 2016 after receiving his BA (2014) and MA (2016) in Classics from Padua University (Italy). He is writing his dissertation on pre-Hellenistic textual exegesis. He has published on Andronicus of Rhodes and the Derveni Papyrus. His interests include Greek and Latin epic poetry, ancient literary criticism, and the developments of paratextual genres.