Merrill Scholars near and far honor their teachers, mentors

As a first-generation college student whose family – refugees from Indonesia – arrived in Harrisburg, Pennsylvania, when he was only a year old, Malikul Muhamad ’20 credits his teachers and professors with helping him chart a successful course through uncertainty and new experiences.

“My high school teachers helped me figure out the college application and admissions process and decide what sort of colleges would be right for me,” said Muhamad, who transferred to Cornell his sophomore year. “Then in college, being able to navigate the terrain has largely been because of the support of my professors.”

Muhamad is one of 35 outstanding seniors recognized as 2020 Merrill Presidential Scholars, who are selected by their college deans for their academic achievements, leadership and potential to contribute to society. This year’s scholars hail from 14 U.S. states as well as India and China.

As part of the program, the scholars – who are in the top 1% of their class – share the honor with a high school teacher and a Cornell faculty member who have inspired them and contributed to their academic development.

Muhamad, a graduate of the School of Industrial and Labor Relations, singled out Ashleigh Heagy, who taught AP psychology and AP human geography at Susquehanna Township High School; and Donna Ramil, associate director of the ILR School’s Office of International Programs, as particularly instrumental. Heagy and Ramil helped him develop critical thinking skills and a global perspective, which Muhamad is combining to pursue a career at the intersection of global labor rights and migration issues.

“I think my success is equally theirs, honestly. They’ve helped me so much in terms of deciding what I want to study and what I want to do post-graduation,” said Muhamad. “Graduating high school and coming to Cornell, I had a mindset of ‘I want a career where I can make an impact.’ Donna really helped me think about what that means, and recheck my values and my intentions. I’ve always appreciated her honesty.”

The Merrill Presidential Scholars program was created in 1988 by the late Philip Merrill ’55 and is supported by the Merrill Foundation. In 1989 the late Don Berens ’47 and his wife, Margi Berens ’47, began the STAR (Special Teachers Are Recognized) Scholarships, which are named in honor of teachers recognized by each Merrill Scholar and are awarded to Cornell students with financial need from each scholar’s hometown.

Traditionally, the nominated teachers are invited to Cornell for two days of events. This year, in lieu of an on-campus celebration, the honorees will receive a certificate and a printed booklet that includes biographies and testimonials written by the students.

Cornell President Martha E. Pollack and Vice President for Student and Campus Life Ryan Lombardi congratulated the 32nd annual cohort through a joint statement that will be included in the booklet:

“To the Merrill Presidential Scholars, we offer our most enthusiastic congratulations. You have been doing excellent work over the past four years – including persevering through the many challenges of the spring 2020 semester – and we are very proud of you. To all the secondary and university teachers chosen by these scholars, we offer our sincere gratitude for your dedication to bringing out the very best in our students.”

Rosemary Glos ’20 did not have to travel very far to reach Cornell. She grew up on her family’s farm in nearby Berkshire, New York, and attended the Elizabeth Ann Clune Montessori School of Ithaca and New Roots Charter School. In fact, she felt she was too close to Cornell and initially didn’t consider applying. The university seemed too large, too overwhelming, compared to the smaller schools she’d attended.
But when she decided she wanted to study plant biology, her science teacher, David Streib, arranged for an internship with a local botanist, and soon Glos was volunteering at Cornell’s Liberty Hyde Bailey Hortorium Herbarium.

“I met professors and curators and techs in the herbarium. And that’s when I realized that I might be able to carve out a space for myself at Cornell,” Glos said. “Even though it seemed like such a huge place, I now knew people, and I saw how cool the community of plant scientists was there. David Streib was really instrumental in helping me and encouraging me to do that.”

One of the plant scientists Glos grew to admire was Chelsea Specht, the Barbara McClintock Professor of Plant Biology. Glos contacted Specht with the hope of working in Specht’s lab, assuming she would be doing basic research and perhaps assisting in a graduate student’s project. Instead, two weeks later, Glos was joining a team of Specht’s collaborators in the rice fields of Suriname, with support from the Office of Engagement Initiatives and the Cornell Atkinson Center for Sustainability.

As a Merrill Scholar, Glos is grateful she can pay tribute to the educators that have given her such extraordinary opportunities.

“All too often with awards, they just recognize the student. But none of us are in a vacuum. If we’ve been successful, it’s really only because of all of the people surrounding us, helping us get there, all the way back to elementary school,” said Glos, who, along with Muhamad, was recently honored with a 2020 State University of New York Chancellor’s Award for Student Excellence. “It’s really fabulous that we get the opportunity to recognize those who supported us on our way to Cornell and through it.”

The 2020 Merrill Presidential Scholars are listed below by college and hometown, followed by the names of the secondary school teachers and Cornell faculty members the scholars selected. 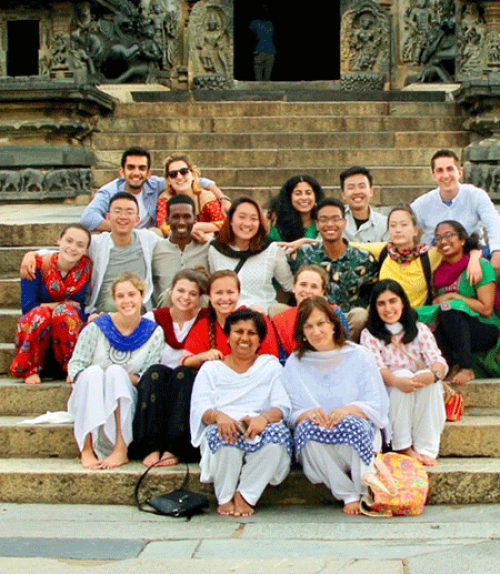 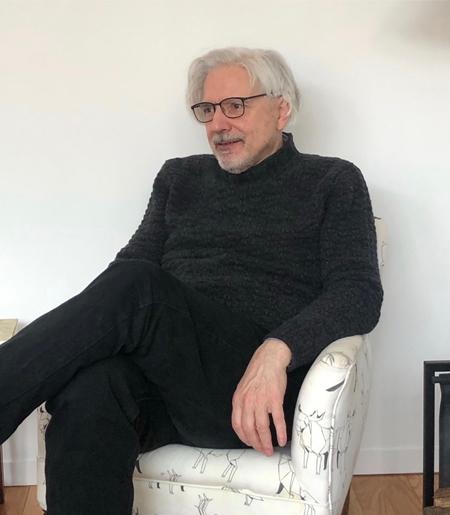