Student spends semester immersed in the study of Latin

How many people can say they can speak Latin? Erchen “Erial” Zheng ‘18, a senior classics major with a minor in history, is part of the growing number of scholars invested in learning Latin as a living language.

“I started learning Latin in high school,” Zheng said, “but I think my love for the classical world began much earlier when I was in the third grade. It started with Greek myth and then from there my interest grew bigger and bigger.”

“The Institute attempts to treat Latin as a living language that can be used for everyday discourse,” Zheng said. “It was my first time in Europe. The program allowed me to learn in Latin for five weeks and also to tour the major historical areas and discuss those experiences in Latin.”

Zheng loved her time abroad in 2016 so much that she returned to Rome in spring 2017 for a program at the Intercollegiate Center for Classical Studies in Rome (ICCS). ICCS is an overseas study center for undergraduate students in fields related to classical studies. Scholars who study there refer to it as the Centro, the Italian word for center.

“Centro is a fabulous program; during those five months I got to see how Rome has evolved,” Zheng said. “The program allows you to learn what influenced Roman culture. You also get to compare how Rome was perceived in the ancient times with how it was perceived later during the Renaissance and how we see Rome today.”

As part of the Centro program, Zheng also got the opportunity to go to Sicily and Naples for a week to gain comprehensive knowledge about how the entire peninsula evolved in the way it did.

“Studying abroad really opened my mind to a whole new way at looking at the Roman civilization,” Zheng said. “It also made me come back with a newfound appreciation for my classes and my professors and made me think about how I can apply that to everything I study.”

Zheng intends to pursue a graduate degree in classics after taking a few years off to teach Latin to high schoolers.

“Latin is indeed an intricate and antiquated language and is difficult to learn,” Zheng said, “but learning how to speak it and treating it as if it were a living language and not an equation on a page really balanced everything out for me.”

Yvette Lisa Ndlovu is a communications assistant for the College of Arts & Sciences. 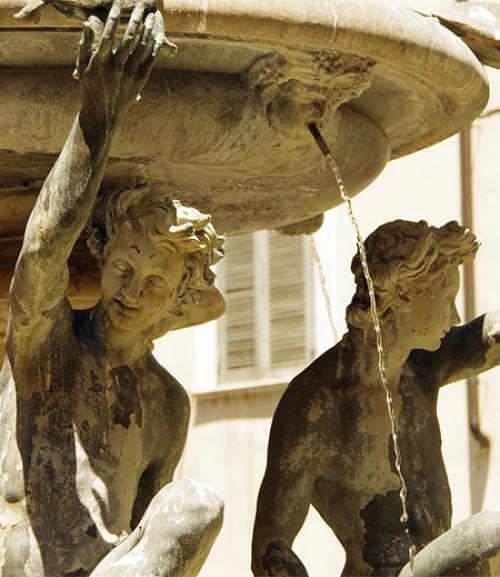